In London's building centre on store street, design and technology consultancy Automated Architecture (AUAR)'has assembled a temporary installation to promote the use of robotic fabrication and automation in architecture.'the project combines a home, office and co-working space, and has been put together using robotically'prefabricated'plywood building blocks.

At the heart of the project is'AUAR's concept of an automated construction system for housing, dubbed 'ALIS' (automated living system).'ALIS uses the prefabricated building blocks, which incorporate reversible connections that allow for quick reconfiguration and adaptation of the system over time. the installation in London's building centre is therefore an active laboratory for AUAR to test the system for different applications as well as serving as a live prototype for ongoing projects. 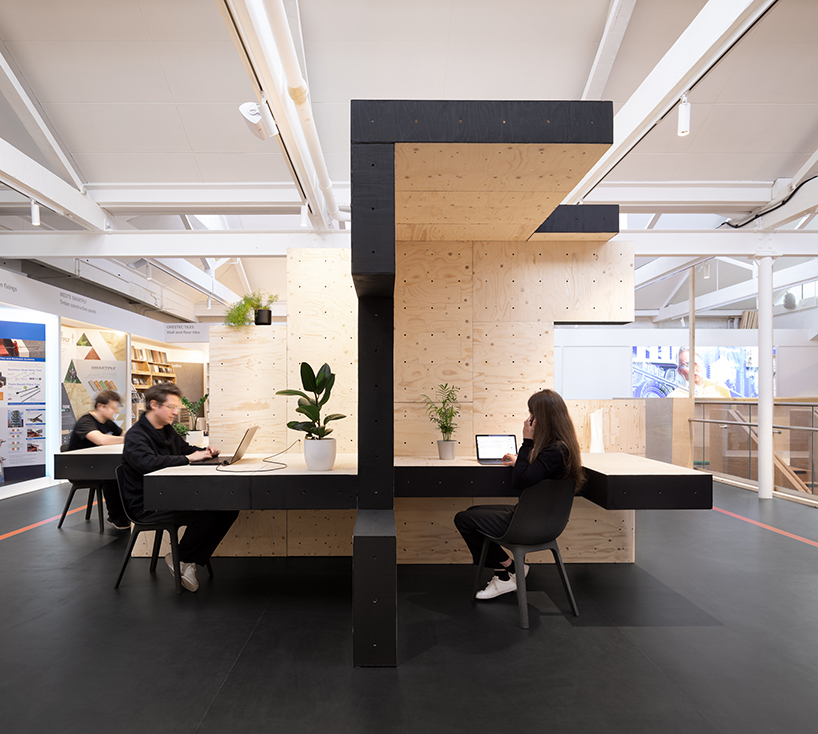 The ALIS building blocks make up every element of the home office, from private workspaces, to a large meeting table, load-bearing walls, floors slabs and a lounge corner with cushions. The building blocks are lightweight and can be quickly assembled without the need for specialized tools, cranes or an extensively trained workforce. The blocks themselves were used also as scaffolding and supports during the assembly of the home-office. The whole installation fits in a single luton van, allowing it to be easily and quickly transported to a new site after the AUAR residency at the building centre is completed. 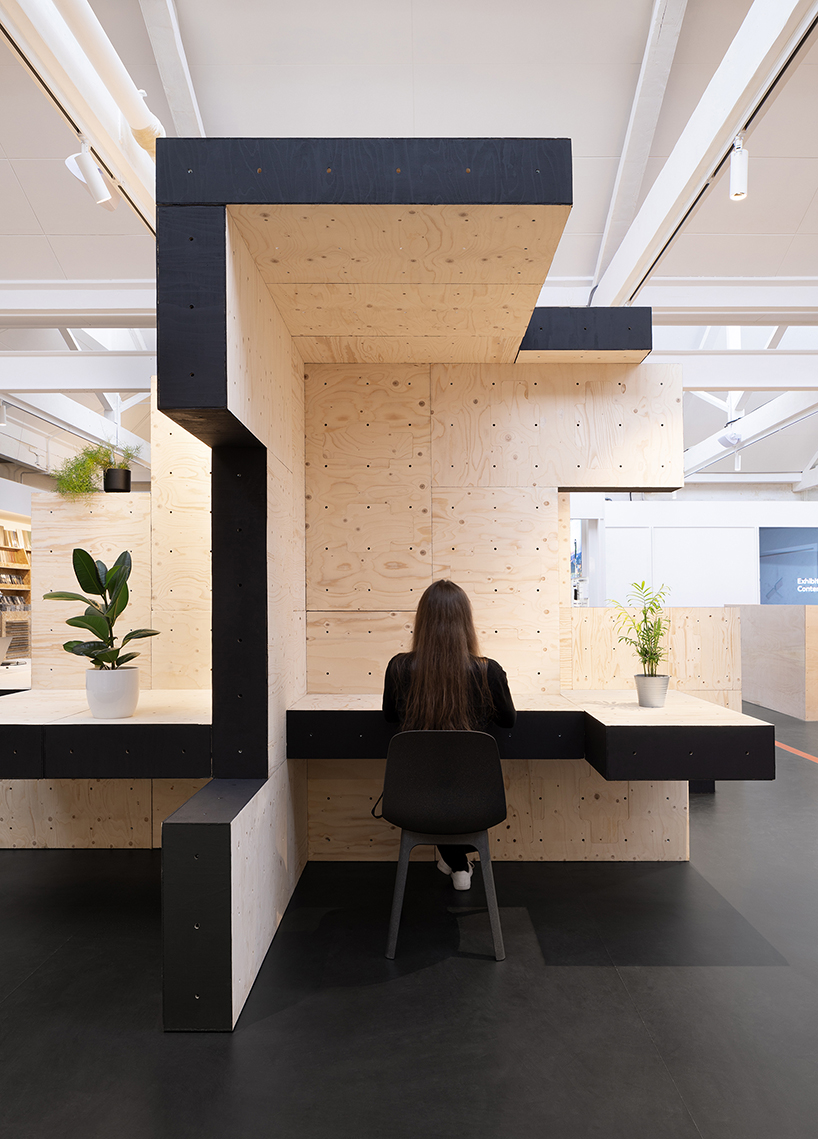 Up to 10 people can work and relax in the space at the same time, while visitors can join in and reserve a workspace using an online application. Potential users can spin around a 3D model and click on a timber building block to book it for a given amount of time. A'number of blocks are reserved for AUAR employees, who use them as fixed workspaces. the workspaces are arranged around the central lounge corner, with each one creating a private, semi-enclosed setting where users can focus on their work without being distracted by visitors to the installation. 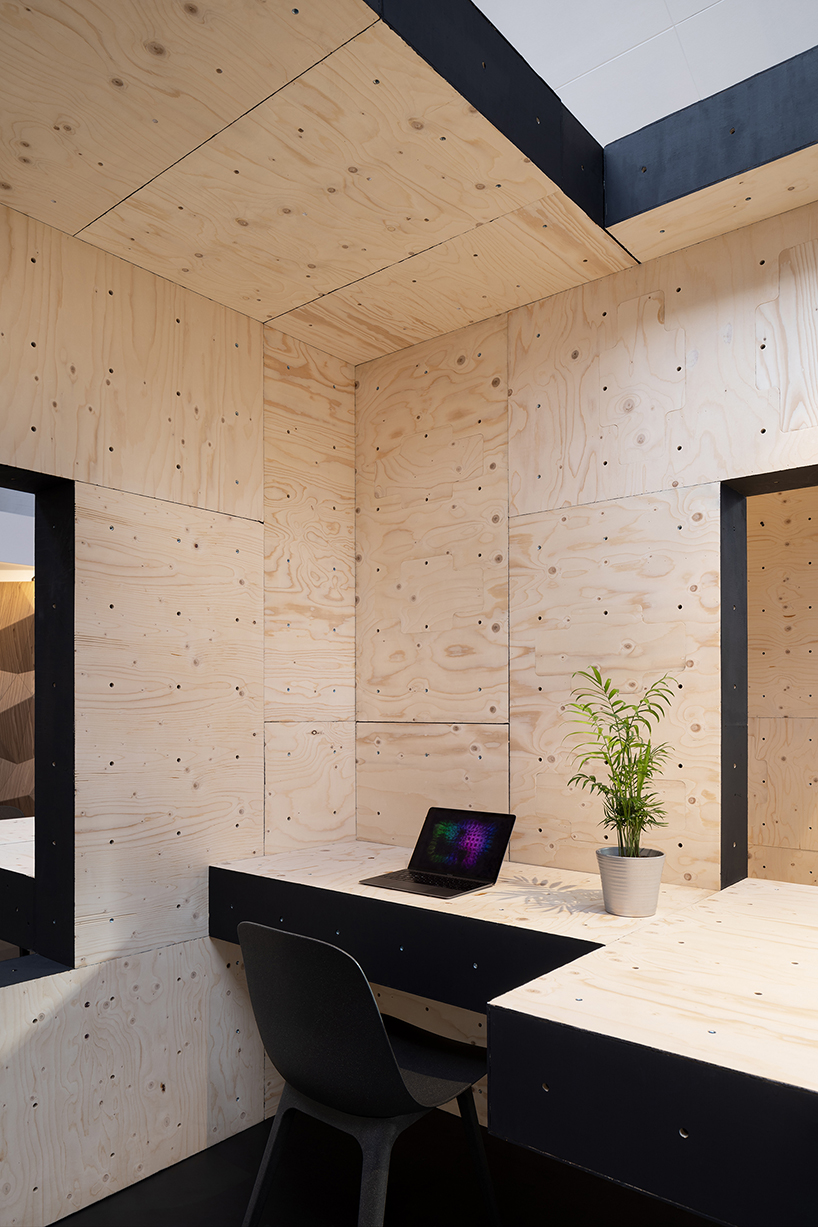 At the next stage, the building blocks will be again re-assembled and configured to form AUAR's next home, this time on a site in hackney wick, supported by london borough of hackney. In this setting, the project will be doubling as office-space and community accelerator, hosting a series of events with the local community, such as local government agencies, higher education institutions, arts and performance organisations, groups focused on the development of local youth leadership, ageing and the future of housing. 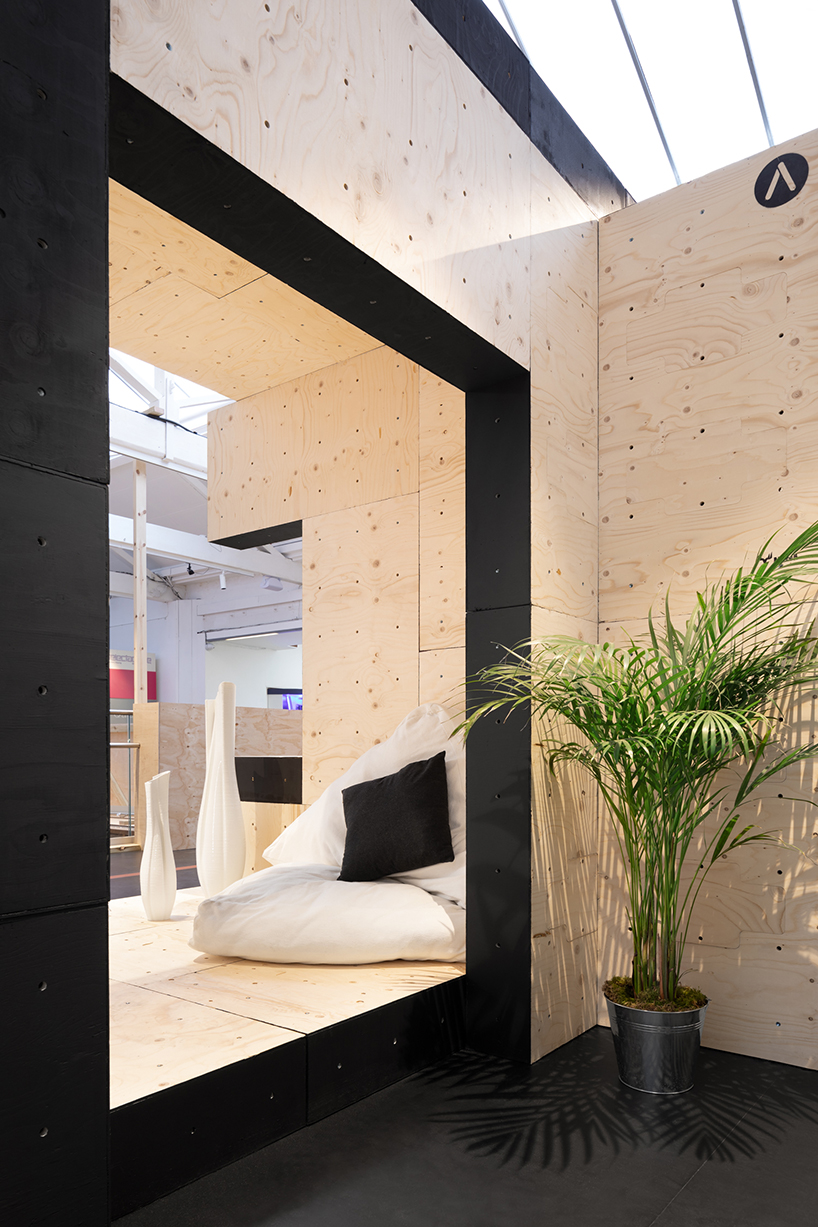 The ALIS building blocks were initially developed by a team of post-graduate students at the'design computation lab, AUAR's research arm based at university college of London, as an automated construction system for housing. The system is based on a single, repeating building block, which can be cut by a CNC machine and robotically assembled by two industrial robots. Once prefabricated, the building blocks can be assembled into a variety of home typologies, from single family houses to backyard extensions and complete multi-story housing units, which can all be reconfigured and adapted over time. A'set of algorithms was produced to generate and evaluate different building assemblies. 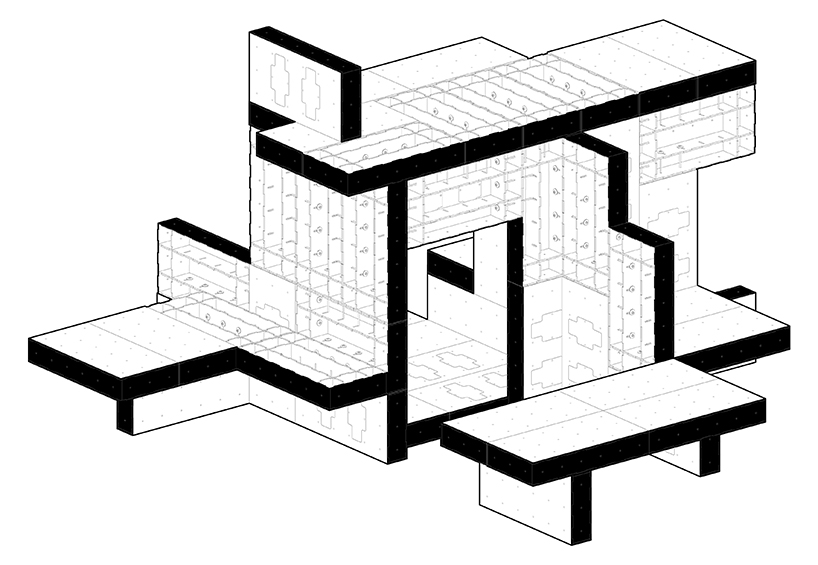 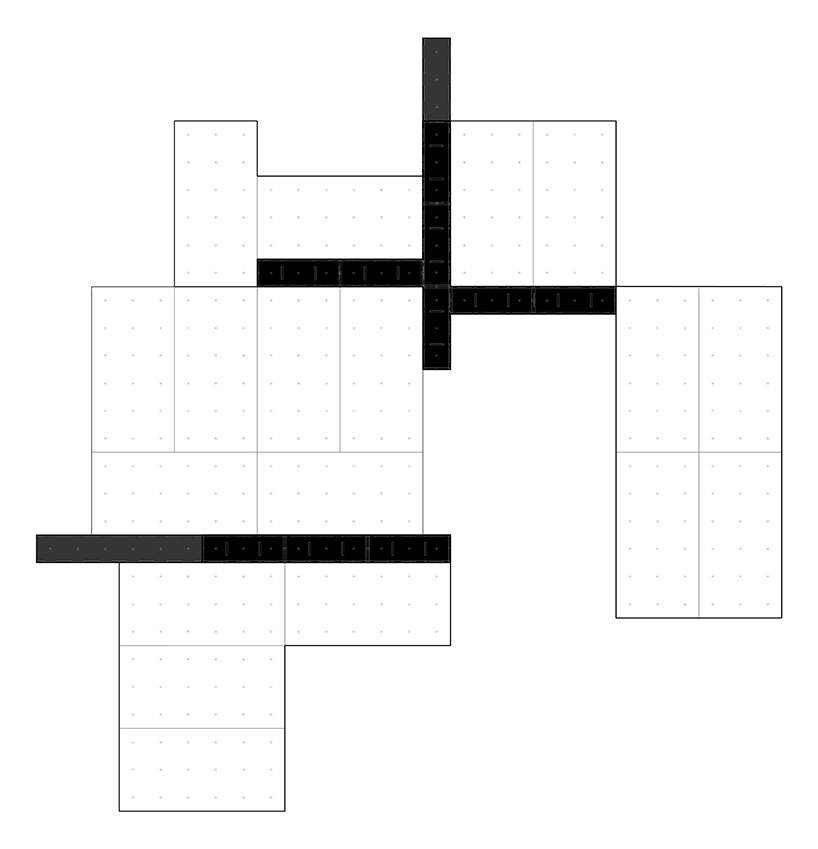 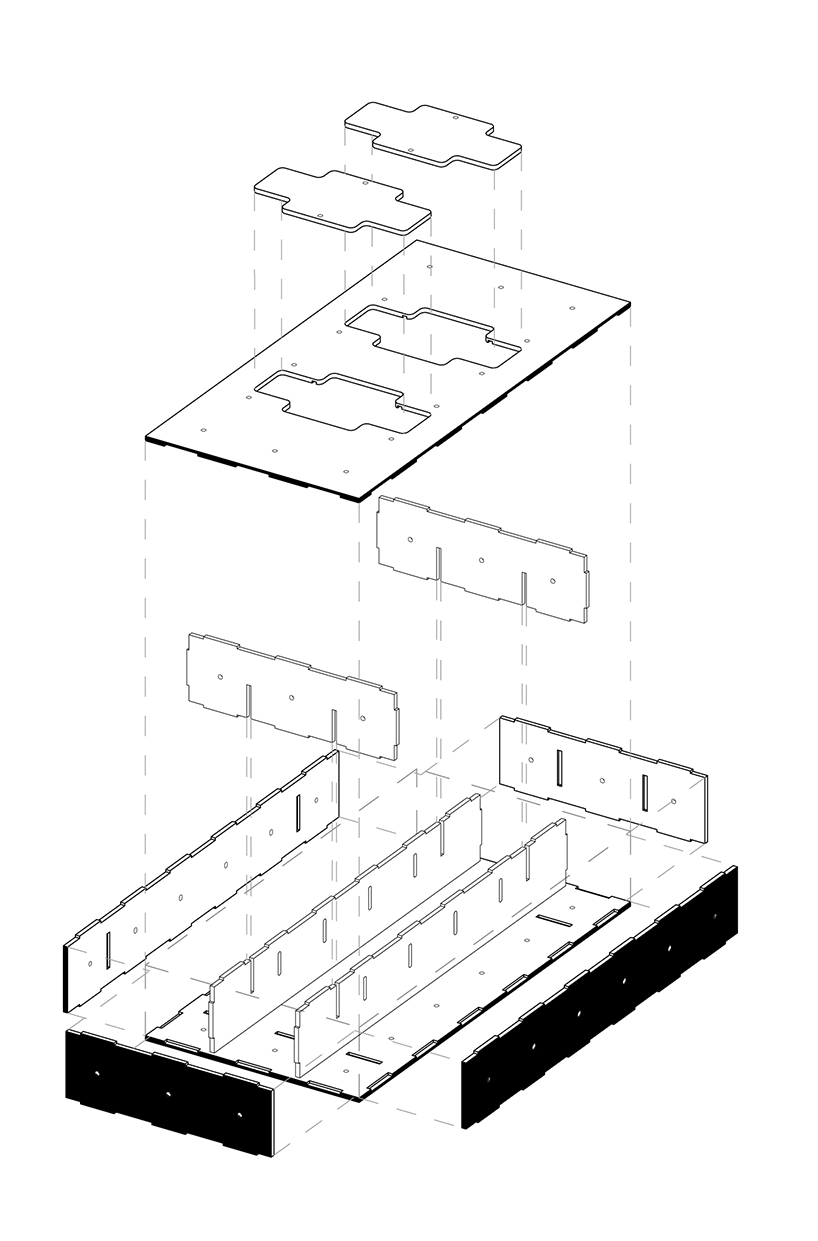 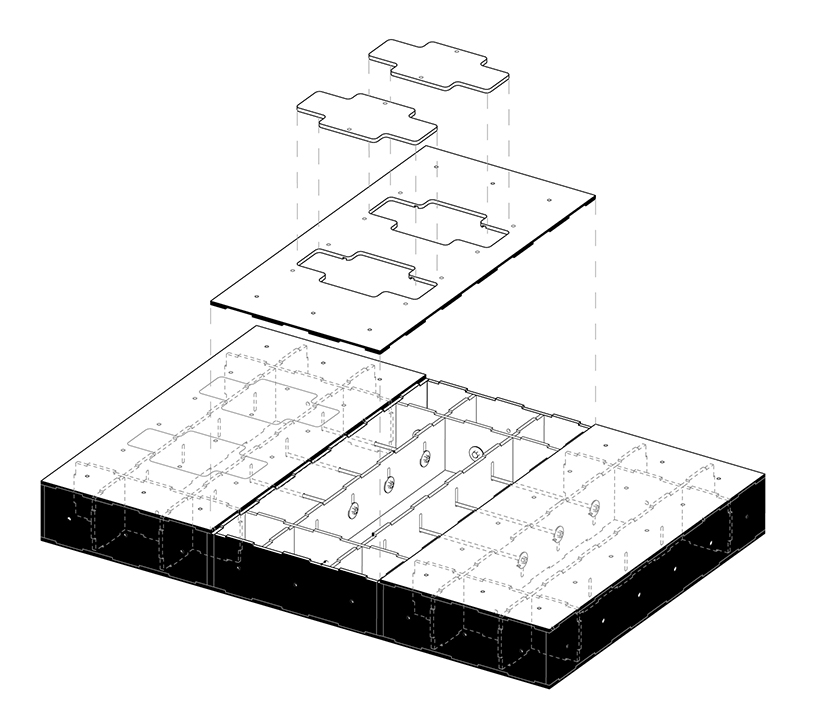 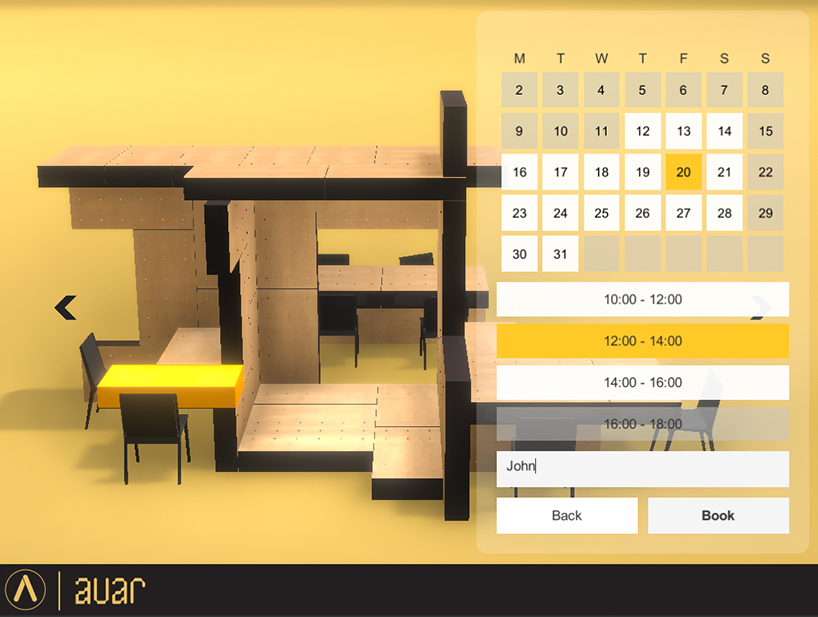 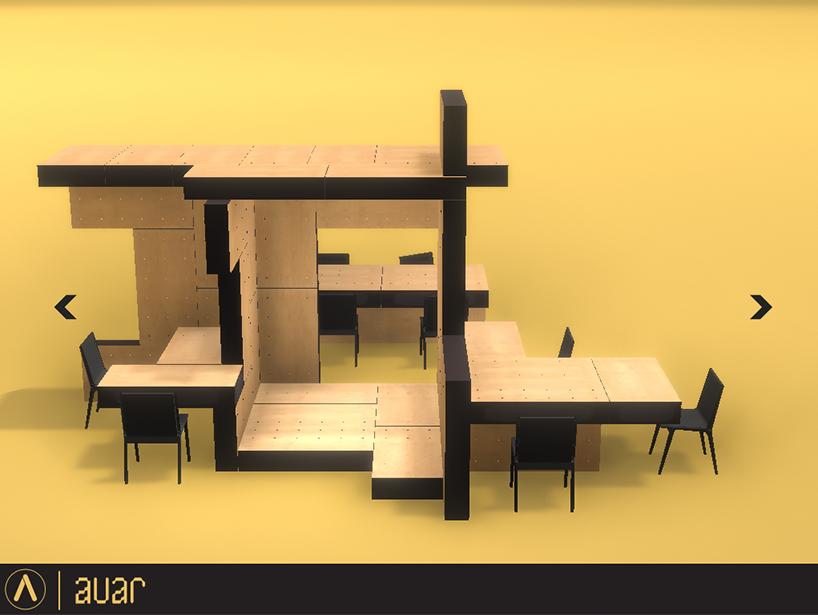 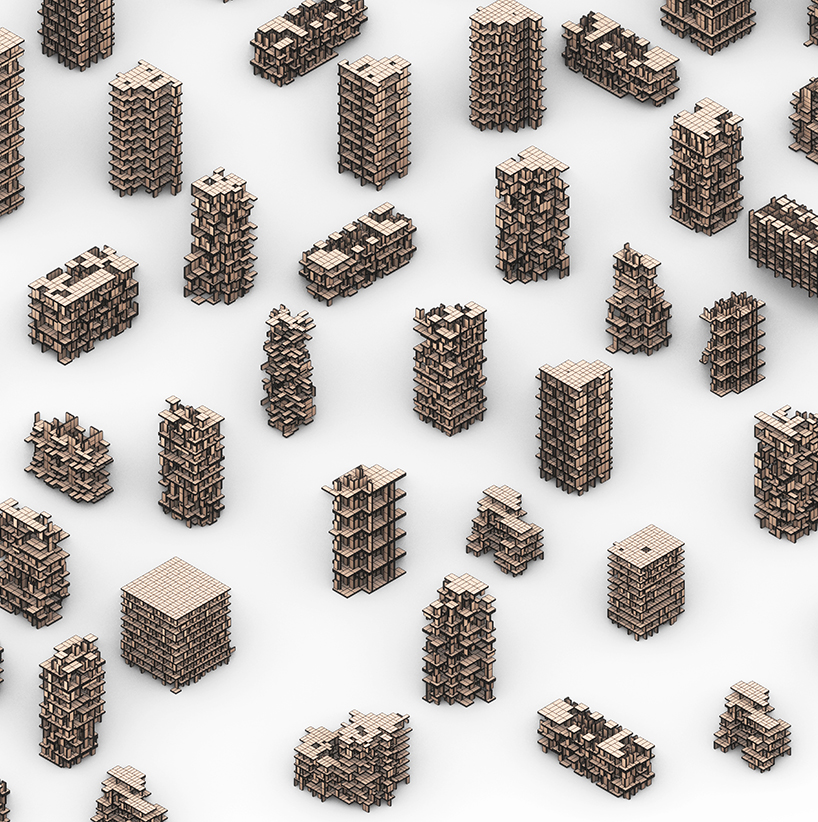 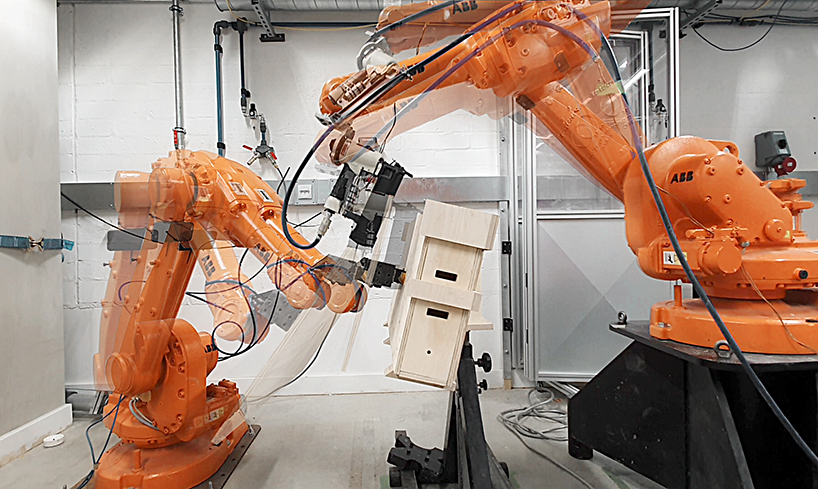