The design team combined traditional methods such as steam-bent hardwood and hand tools with the latest technology to create the timber and steel structure, which is called Steampunk.

Their aim was to find a method that combined technology in a way that still kept the designers close to the craft of building, rather than using robots to build the pavilion. 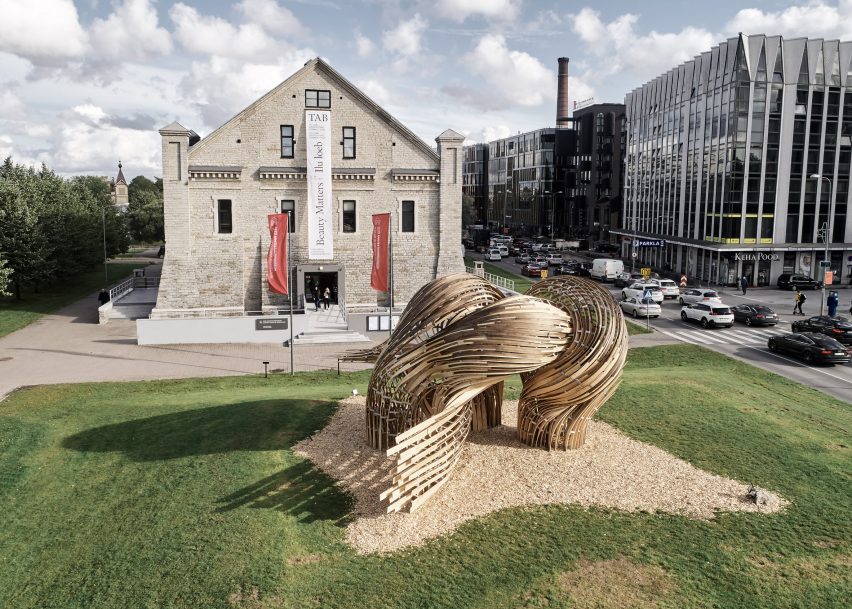 "Computer aided manufacturing and robotics have given architects unprecedented control over the materialisation of their designs," said the design team.

"But the nuance and subtlety commonly found in traditional craft practices is absent from the artefacts of robotic production." Instead of line drawings as construction guides, Steampunk was made using digital models that were projected in augmented reality. These were used as guides for the build team who set to work using traditional tools.

This experimental approach meant they were free to adapt the structure on the spot in response to their materials. 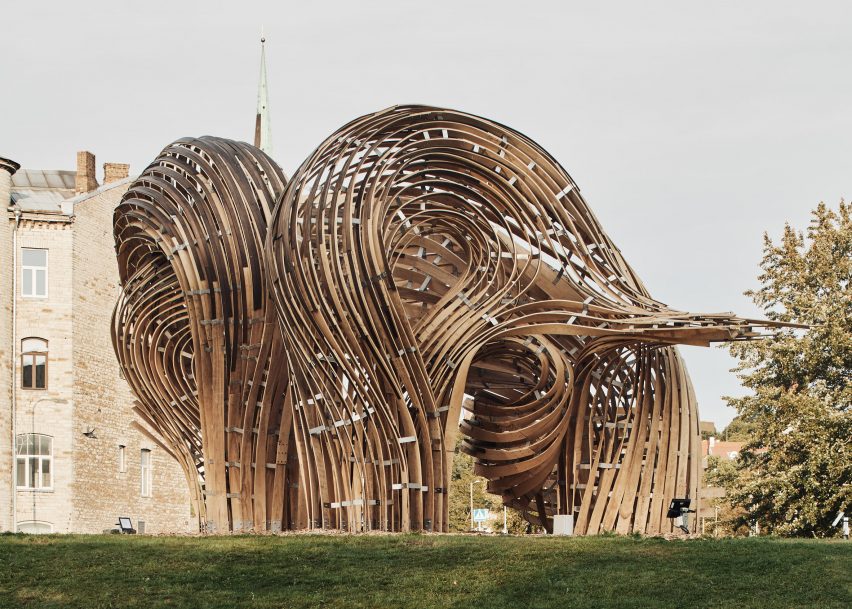 Rather than pre-cut pieces of wood, Steampunk is built from metre-square boards that were bent using steam. Steam-bending is a traditional technique, and was once used for making instruments, furniture and weaponry.

The process requires the boards to be bagged up and steamed to be made pliable, then bent into shape ' in this instance, using the digital model as a guide. 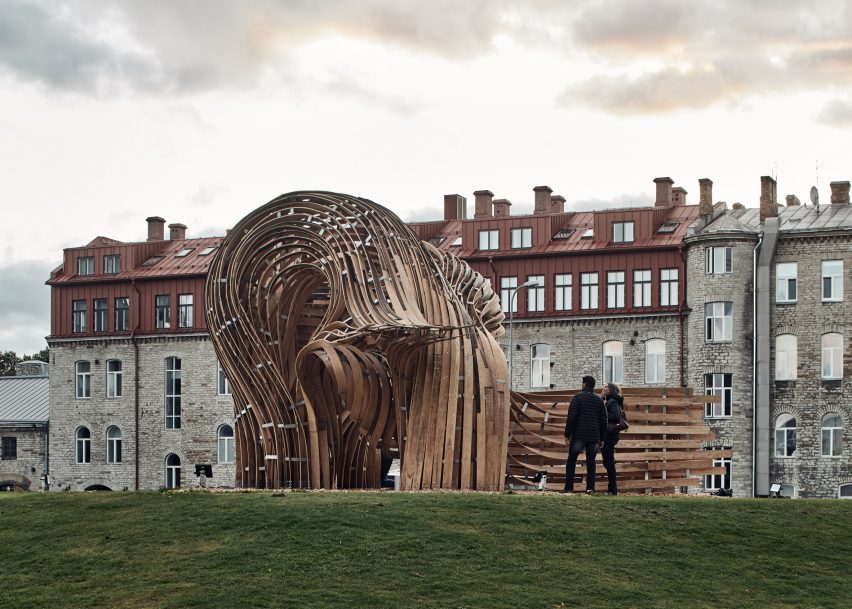 Fologram made "holographic applications" that allowed the team of volunteers to follow the digital model when bending all the pieces of wood in to place.

One of these digital tools overlaid the desired shapes over a metal bar-bender. An interactive display let the builders adjust the angles of the steel brackets that held the wooden curves in place. 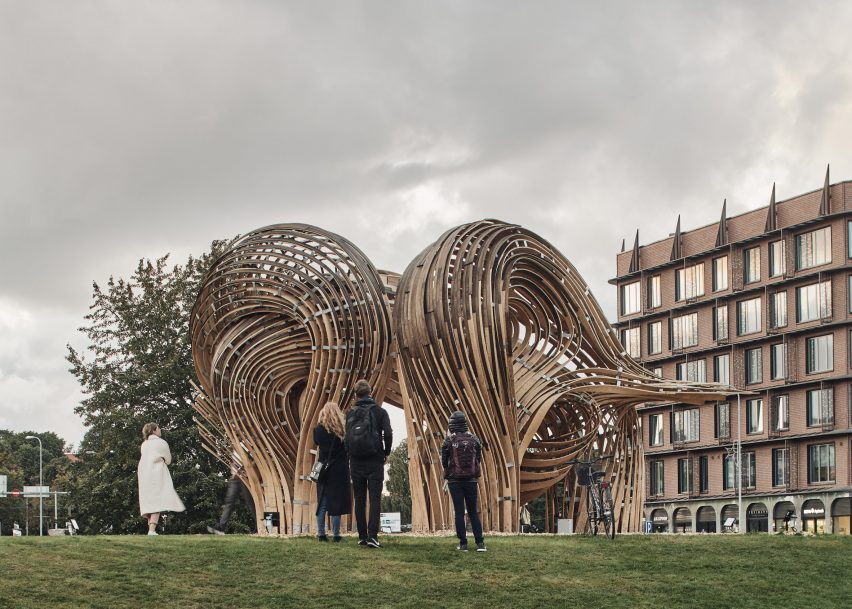 Architects are exploring ways in which AR can be used to build different structures and installations.

Photography is by Peter Bennetts.