A plywood-lined'staircase, red-steel beams and exposed-brick surfaces appear throughout this maisonette in west'London, which has been overhauled by Francesco Pierazzi Architects.

The maisonette takes over the upper-ground and first floor of a brick residential building in the Notting Hill neighbourhood, overlooking another development designed by architects'Terry Farrell'and'Nicholas Grimshaw'in the 1970s. 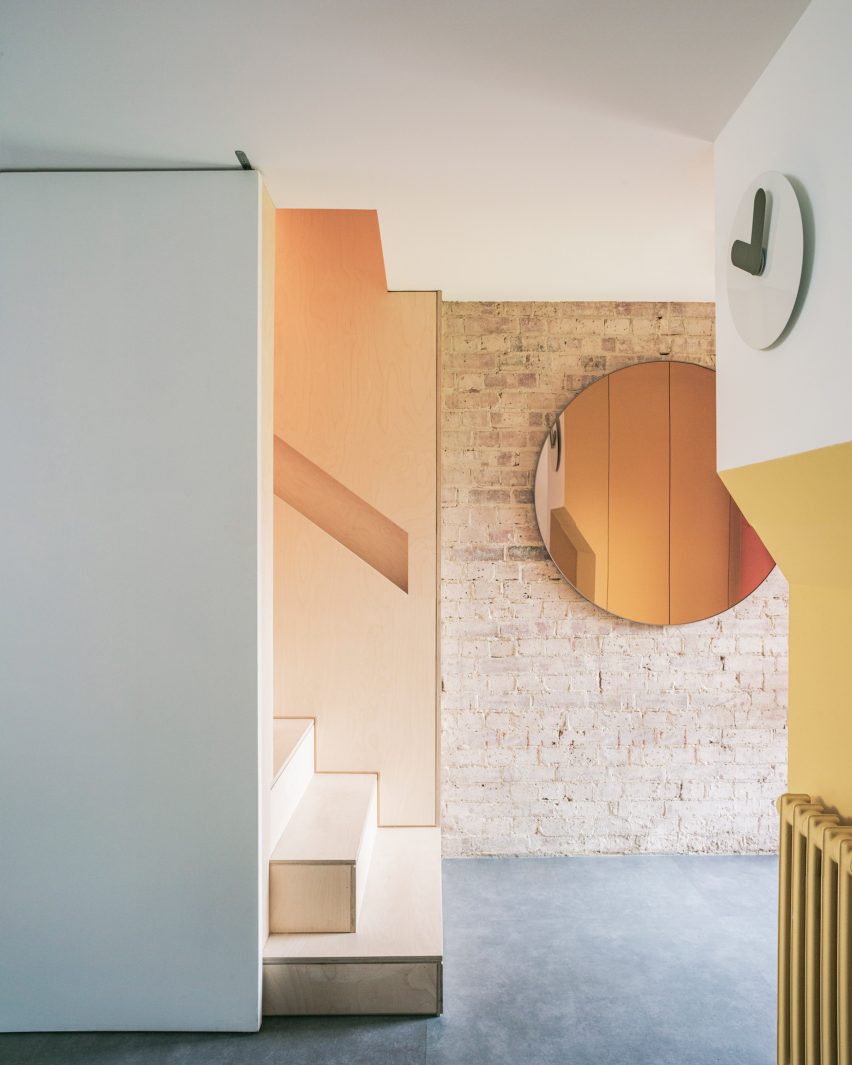 Its owner wanted to convert the area beneath the home's steep roof into an additional bedroom and to reconfigure the overall floor plan to improve the amount of space available.

"?The challenge of the project was to devise an original interior on three levels with no alterations to the facades, while concurrently maximising the internal floor area," explained southeast London-based practice'Francesco Pierazzi Architects, which was tasked with the re-design. 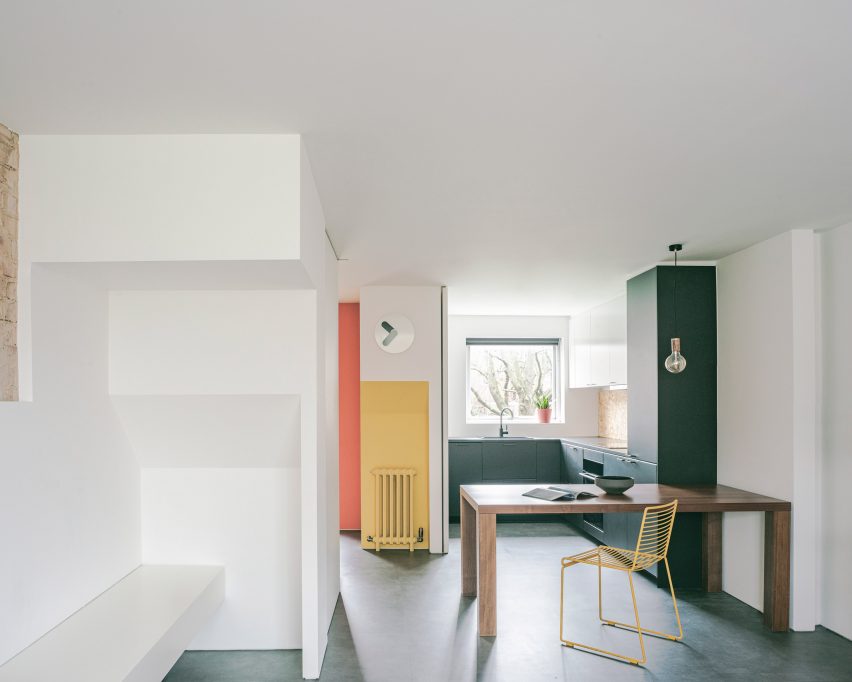 The lower floor has been opened up to create a large open-plan kitchen, dining and living space.

Two large bedrooms occupy the middle floor, while one bedroom has been re-located to sit on the new top floor underneath the roof. Circulation space has also been reduced on the middle floor to create more spacious wash facilities.

The practice enhanced the home's sense of height by placing floor-to-ceiling doorways in its more narrow rooms and creating skylights above the double-height space at the top flight of stairs. 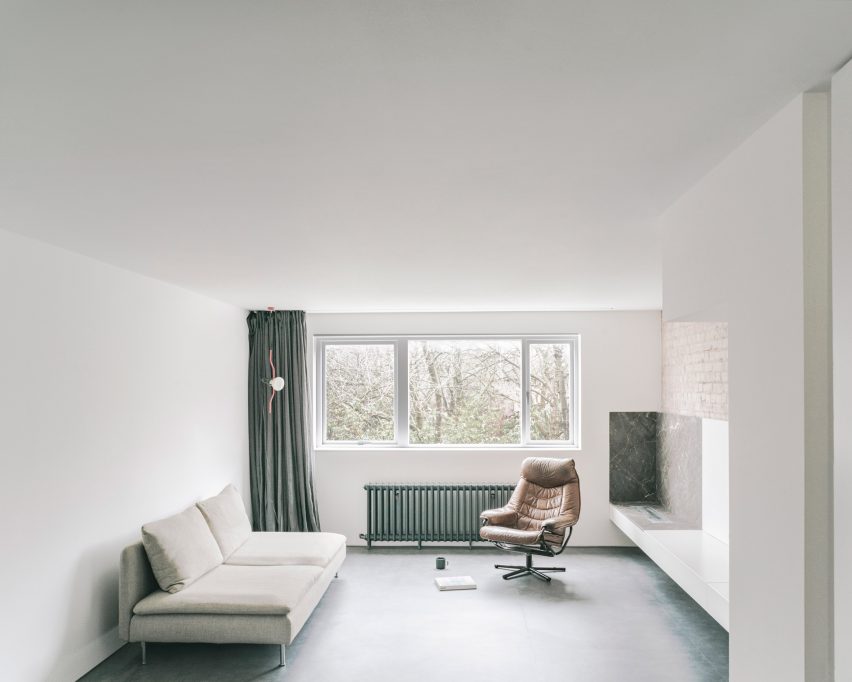 The brick shell of the house has been worked into the interior. Exposed-brick surfaces now feature in the entrance hallway, living room, study area and loft, where there are also timber and red-painted steel beams.

"The decision [to expose the brick] was driven by the idea of enhancing and emphasising those pre-existing structural elements that were built with 'poor' materials ' such as construction-grade bricks ' and lack of refinement, such as the crude structural connections," the practice's eponymous founder told Dezeen. 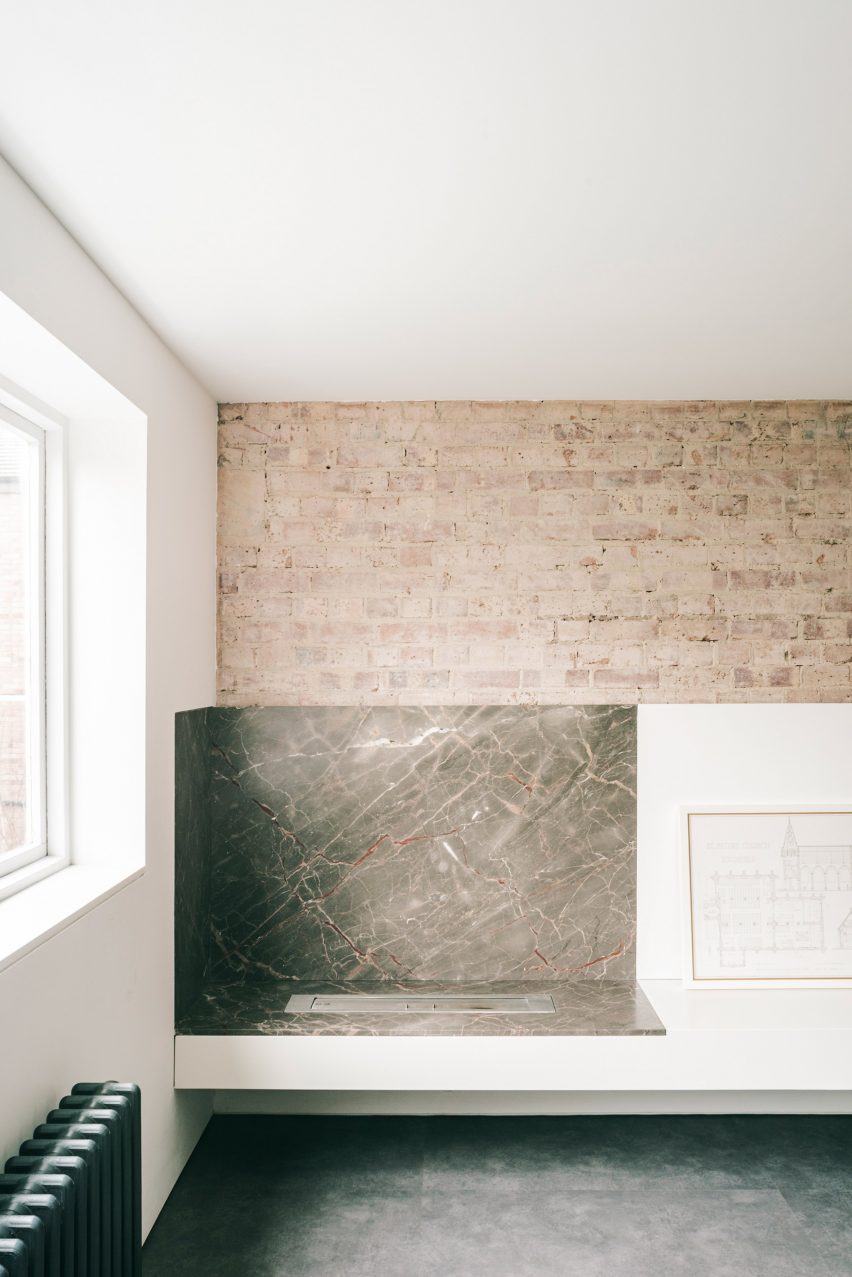 "They create textures and contrast to guide the users through the spaces. I particularly liked the decorative qualities of both bricks and steel beams," he continued.

"I also liked the idea of surrendering to a condition that I could not control and plan. I realise that as designers we have a tendency to plan and coordinate too much. On this occasion, I wanted to let the existing structure take a leading role in the design, almost as if ' to a degree ' the house was designing itself." 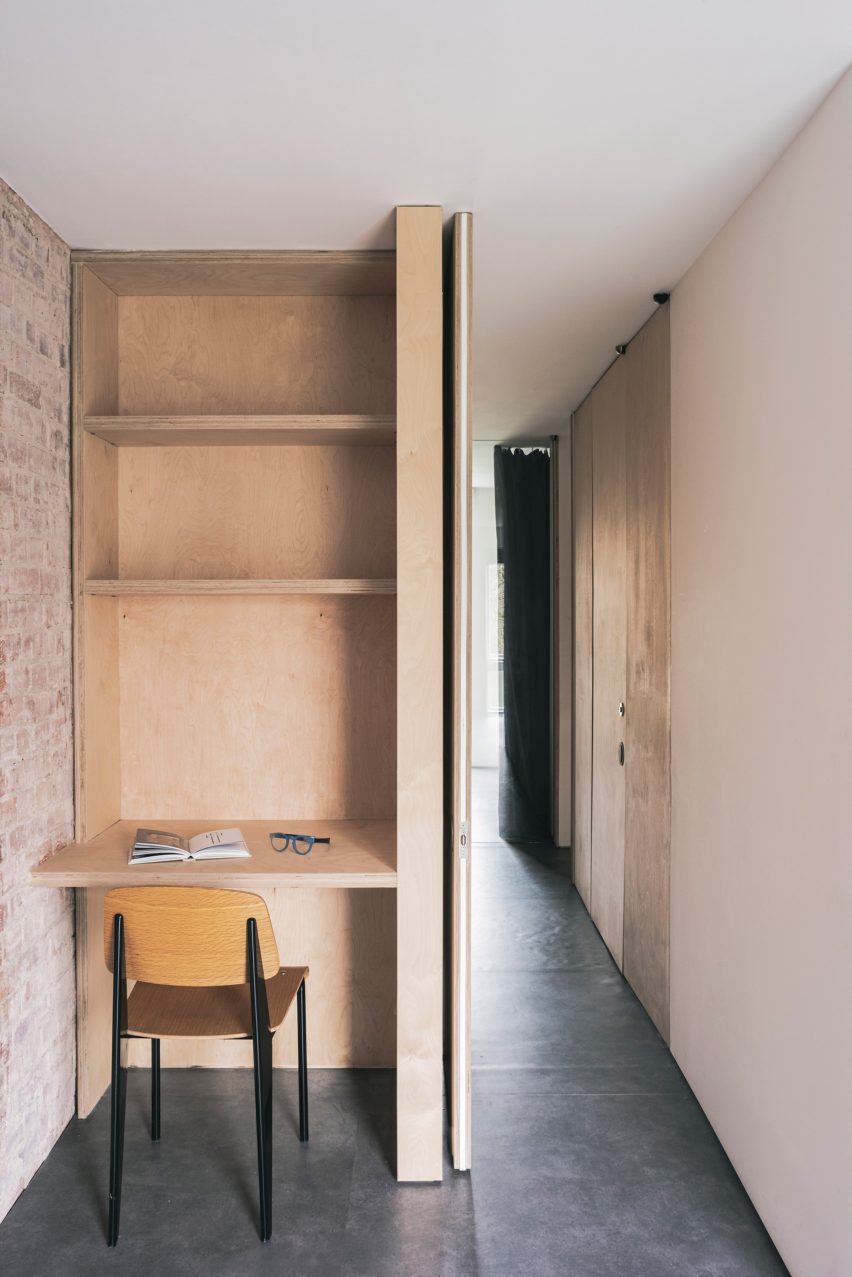 A birch plywood-lined staircase that extends through the home's three floors has been installed, complete with a recessed handrail.

Walls throughout the home have been washed with white paint and the floors are grey vinyl. A bright-white sideboard in the living room is also inlaid with a slab of veiny marble. 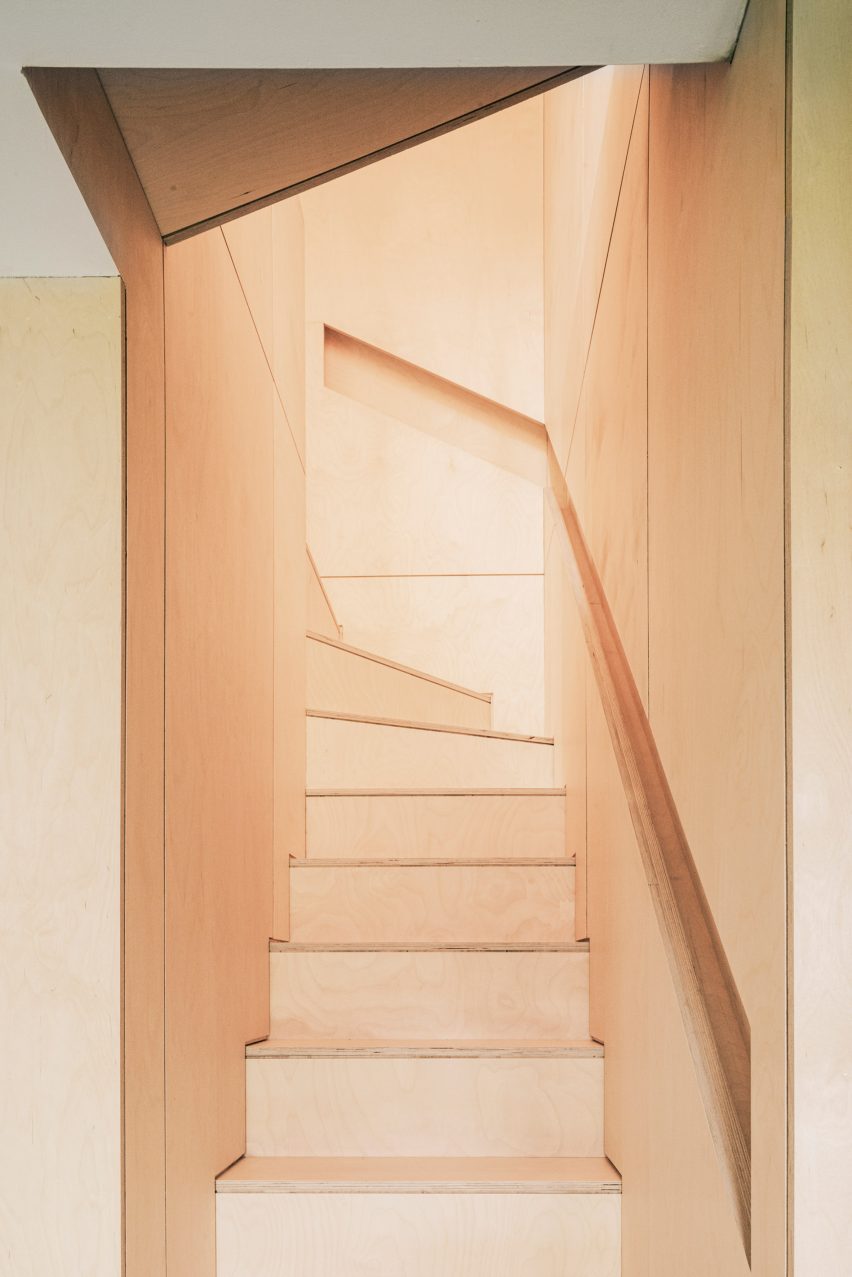 Pierazzi explained that his use of contrasting textures and materials is informed by phenomenology ' the philosophical study of human consciousness and the way in which we experience things.

"When I talk about a phenomenological approach to design I refer to the philosophy of [French philosopher] Maurice Merleau-Ponty," he said.