The properties are spread over the 44th and 45th floors of the twisted cylindrical building, formerly known as Baltimore Tower and apparently renamed to avoid confusion for the authorities and as it's occupies the old London Arena site.

Part of the wider Baltimore Wharf development, the 151m structure was designed by Skidmore, Owings And Merrill, known as the architects of the Sears Tower in Chicago, One World Trade Center in New York and the Burj Khalifa in Dubai. 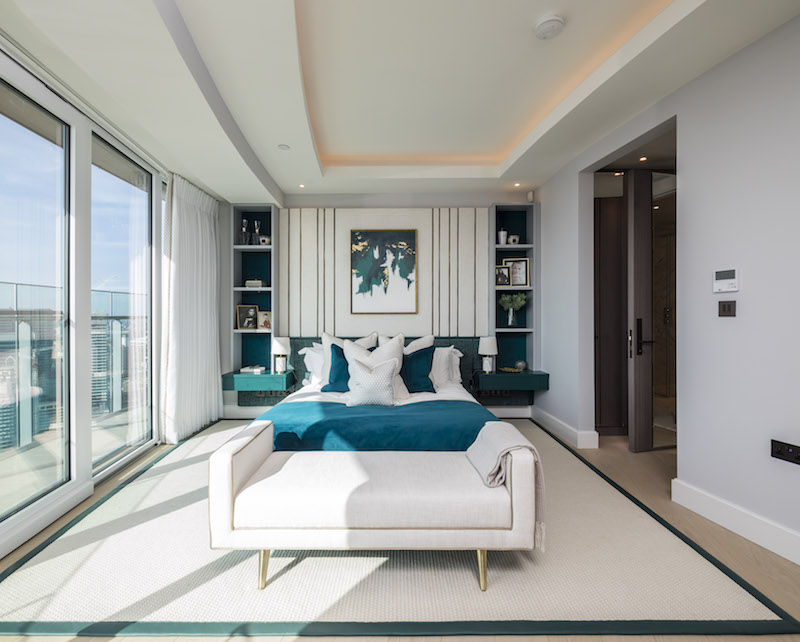 Galliard Homes sales manager Natalie Talbot said: 'The penthouses both have three or four bedrooms, where the fourth could be used as a study.

'As buyers walk in they'll find a lovely sweeping staircase going up to the second floor where the bedrooms are.

'They have double-height living spaces and the wow factor.

'The views are my favourite thing.

'In one you have a north-westerly view towards the City, central London, The Shard and the London Eye and Canary Wharf.

'The other is south-west-facing, so you get the views of the City but also of Greenwich and the south ' the Royal Observatory, the Old Royal Naval College and all the water sparkling on sunny days. 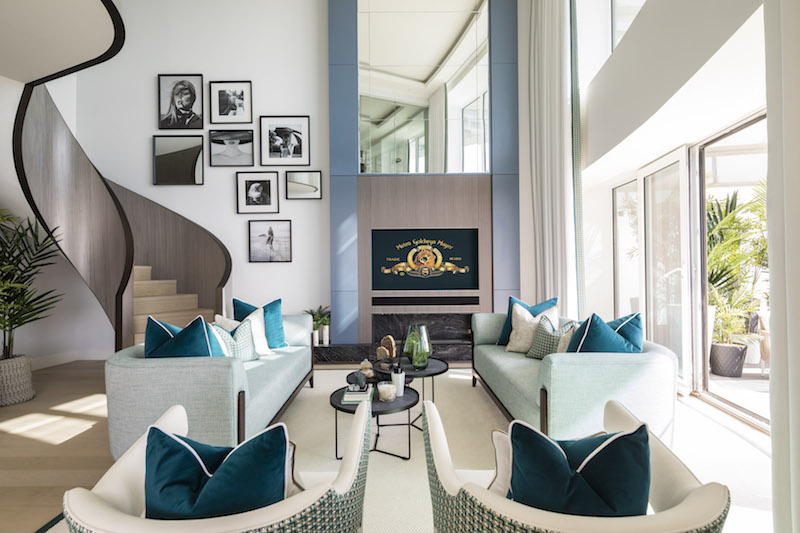 'Both are completely different but totally incredible. I was amazed the first time I got up to have a look at them.

'One of the unique selling points at Baltimore Tower is that we've always been able to let people know what their views are going to be like because we know what's surrounding it.'

One of the properties has been dressed by Nicola Fontanella of Argent Design with a price tag of '3,950,000, which includes all furnishings. 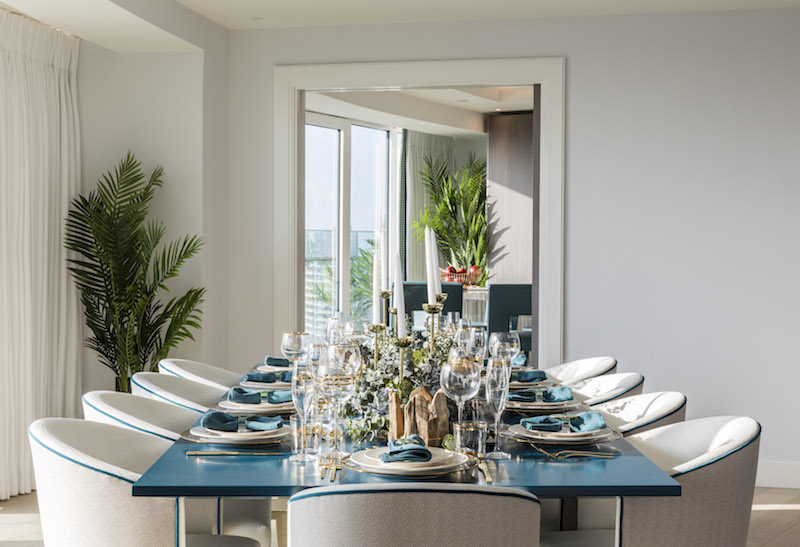 Natalie, who has worked at Baltimore Wharf for Galliard for the past five years, said: 'I think the buyers will be people who walk through the door and absolutely fall in love with the space.

'I believe we'll be quite lucky with these ' there's not many of this type of apartment and once we start getting people to come in and have a look, I think we'll sell them quite quickly.

'The specification is higher than in other parts of the tower. The bathrooms are just fantastic, for example, with beautiful marble flooring. 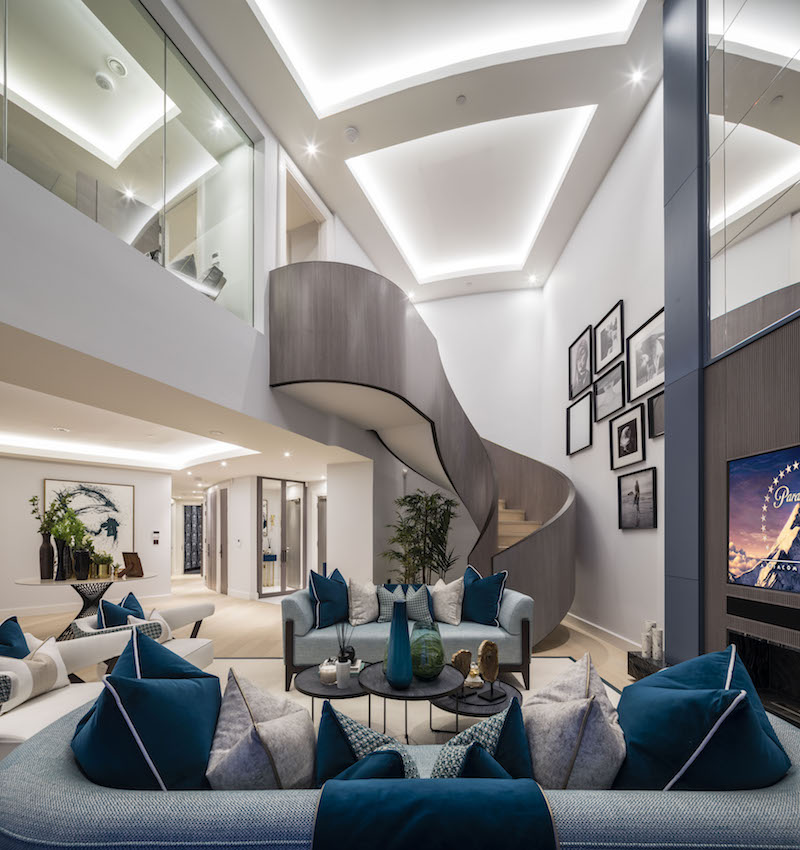 'The building is in a great location with excellent transport links, thanks to the nearby DLR station at Crossharbour and the Jubilee line at Canary Wharf, with Crossrail coming in December.

'There's a 24-hour concierge service dedicated to the tower's residents as well as a private lounge and cinema.

'There's also the Baltimore Club, which is run by Nuffield Health and it's included in the service charge.

'It's a fantastic facility with a swimming pool, steam room, boxing gym and classes ' one of the best in the area.'

In addition to these amenities, Galliard plans to bring in a restaurant on the same level as the penthouses as well as a cafe on the ground floor of the tower facing the dock.

Should the penthouses be a little out of reach, Galliard still has plenty of other options.

Natalie said: 'It's a great business to work for ' very family-orientated in the way it looks after its staff.

'My time with them has flown by and it's the longest I've ever stayed with a company.

'We're very lucky as a developer because we have a great CEO who reads the market very well and we seem to have the right stock at the right time.

'As a salesperson, a lot of companies only allow you to work on one specific development and, although Baltimore Wharf has been my focus for five years, I'm also allowed to sell across the whole portfolio.

'That's a real bonus because if you get somebody who comes in here and isn't able to afford an apartment at Baltimore or they're looking for something different, you're able to offer them an alternative.'

Source: In your Area

GET YOUR FREE TICKETS