Architecture studio'Muf'has built an open-air'playground, featuring a geometrical climbing structure and a stage for performances.

Muf'designed the area for residents and children to gather, play and perform on the'Golden Lane Estate ' a 1950s council housing complex in the'City of London'' to compensate for the space constraints that come with inner city living. 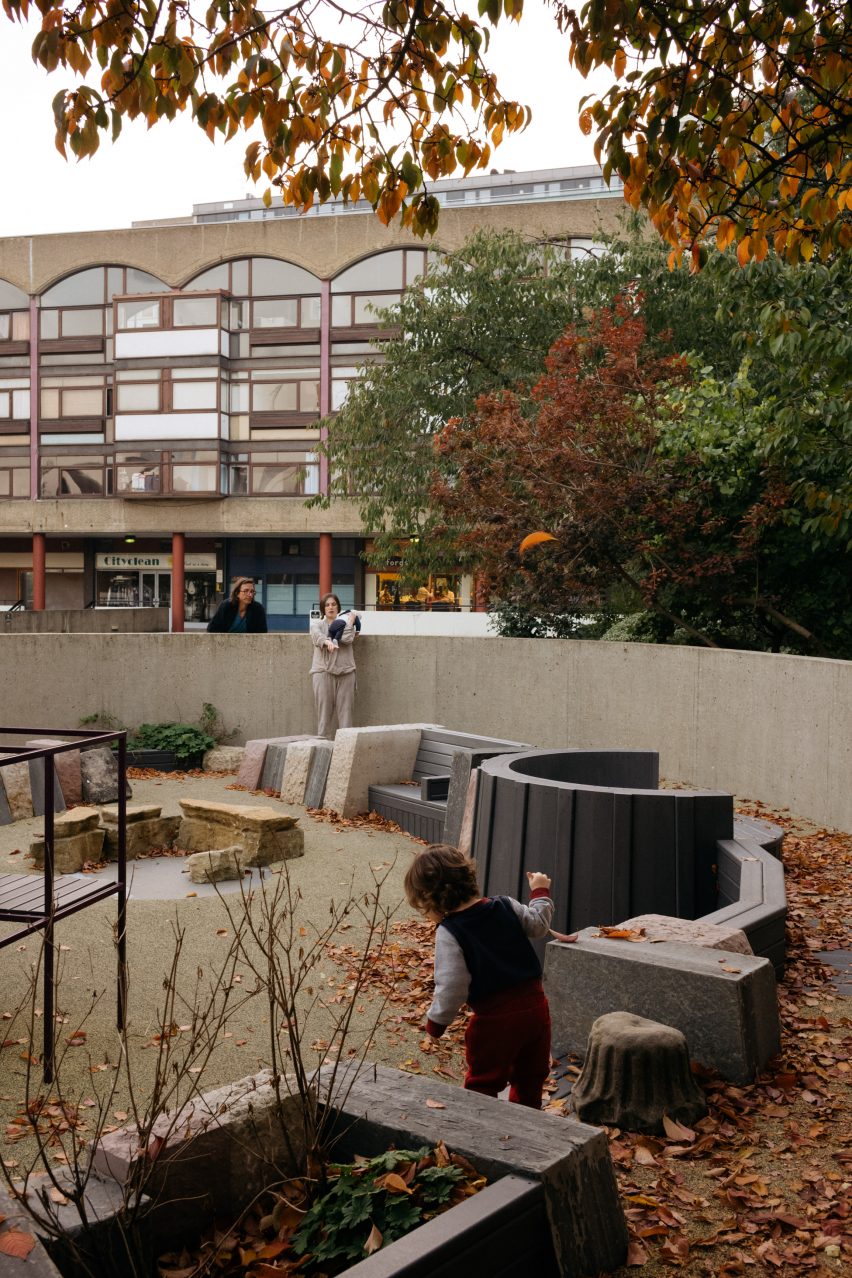 The play area replaces a sunken, elliptical-shaped pit for ball games at the heritage listed estate, which is set beside the'Barbican.'It is widely considered one of the most important post-world war two developments.

The architecture studio worked closely with local residents and children from the nearby Prior Western primary school to create a safe and more enjoyable space to socialise and play. 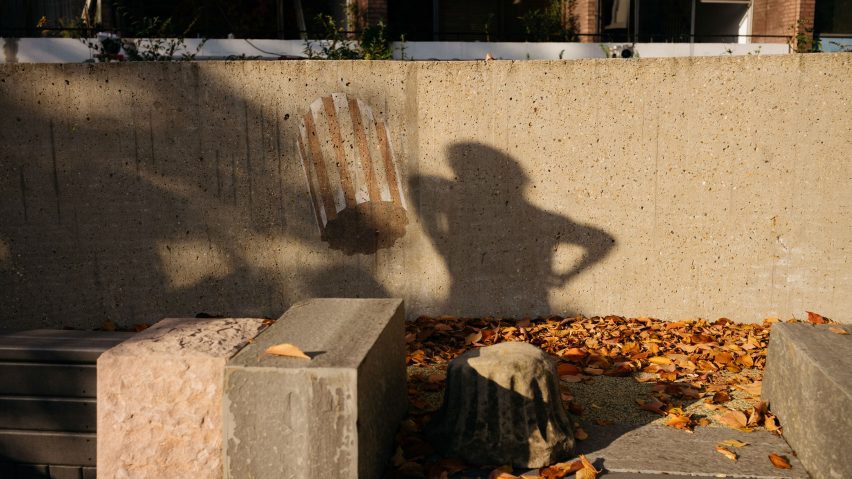 "Simply expanding a client's brief to include those who will use it, brings accuracy to a design which in turn gives longevity," explained the studio.

"Golden Lane is listed and the City corporation take their role as landlords and guardians very seriously and consult residents at all stages," they told Dezeen. 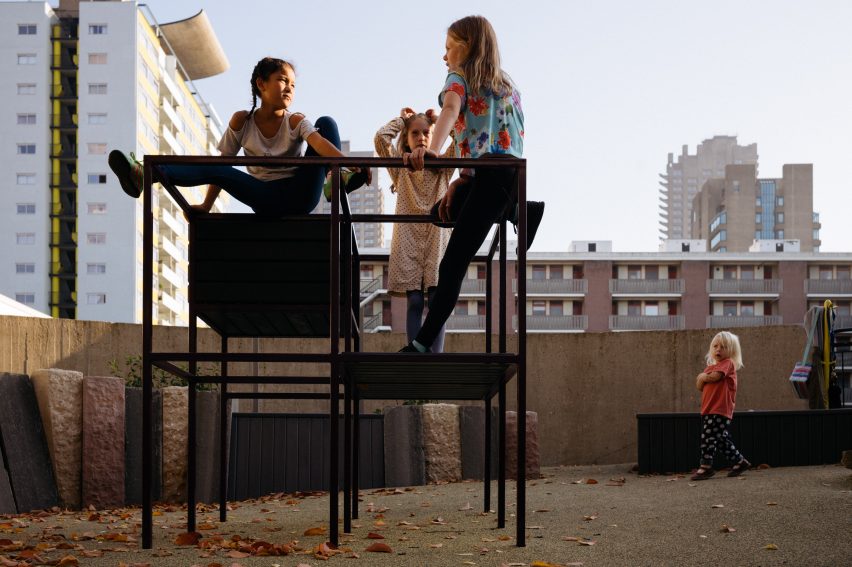 Children from the local school were heavily involved in the process and invited to partake in a design workshop, which included drawing, model-making and observation exercises.

"Rather than saying what do you want, we involved older children as researchers to observe how young children played. They seemed to enjoy being the experts and brought a greater precision to our observations," said Muf.

"Some of the children actually live on the estate as the school is next door, so there were resident children who then play in the outcome of their involvement." 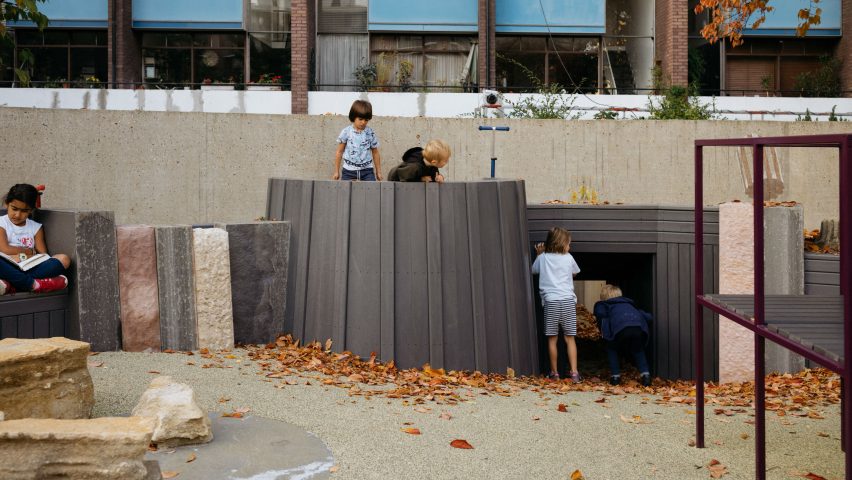 Built from natural stone and reclaimed timber, Muf deigned the playground from materials that contrast to the surrounding architecture.

"While the stone and timber are a conscious departure from materials found in the surrounding architecture, some other areas mirror nearby buildings, for example with tiling."