Named Twist House, the extension'to the 200 year-old home was designed to improve its connection to a garden at the rear and'contains utility and shower spaces at basement level and living space at ground-floor level. 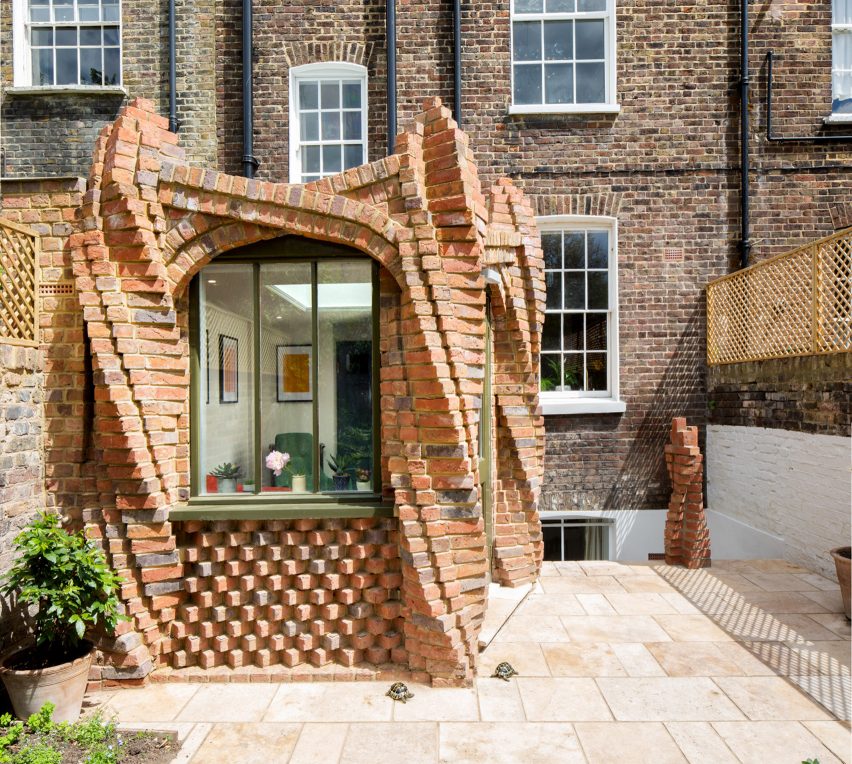 Drawing on the expressionist forms of German architect Fritz H'ger and reminiscent of'Antoni Gaudi's art nouveau constructions, the project sought to merge the traditional materiality of London's terraces with a more experimental approach.

"Bricks are so often used as veneer, we wanted to use this small intervention to give the common brick a chance to aspire to be something closer to its original nature," said'Beazer.

"The rare projects where we act as designer, contractor and client are great opportunities for us to explore form and ideas and bring successful elements and processes to other projects across the city." 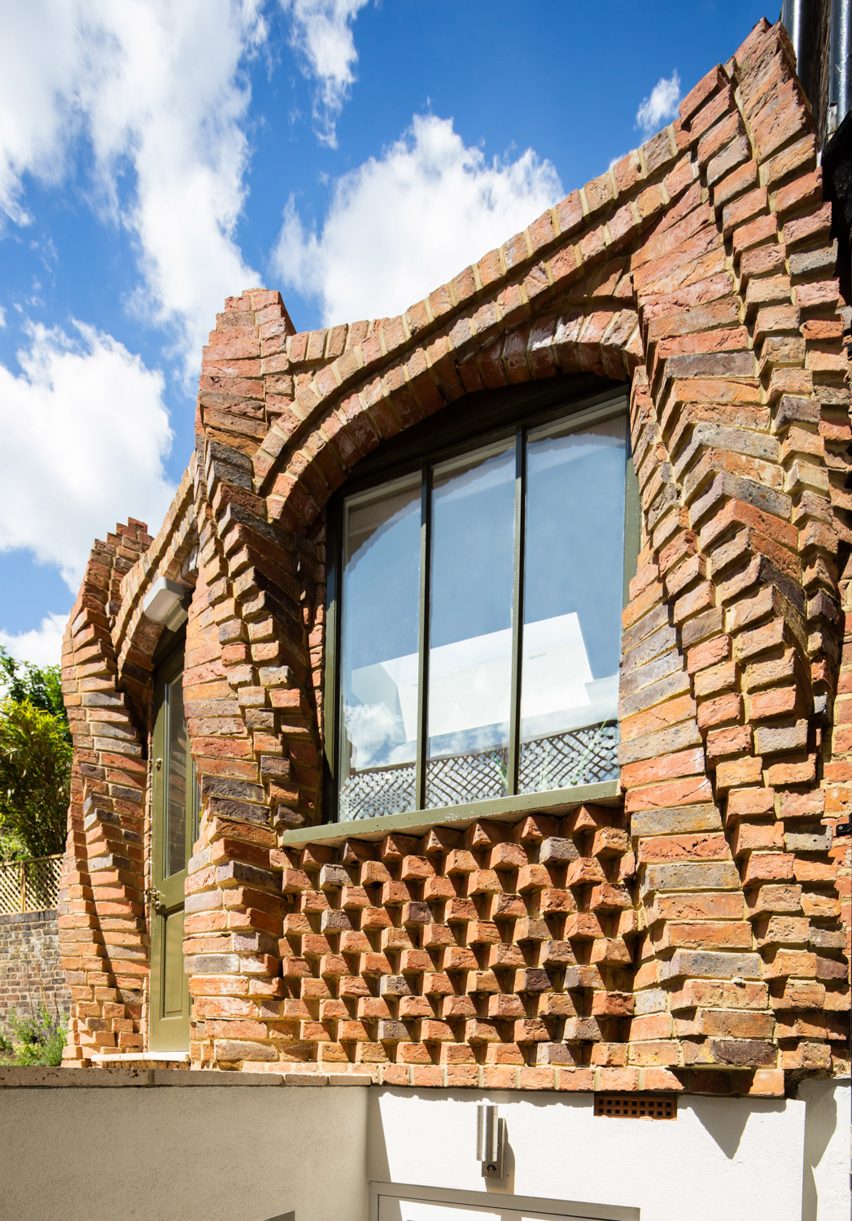 The practice tested the self-supporting twisting columns by dry-stacking bricks on the'rooftop of their studio in London, which were then translated into 3D designs to test the junctions of the arches.

Three shades of brick were chosen to mediate between the red colour of the existing house and richer hues to reference the colours of the garden as it matures.

As Beazer himself also acted as contractor for the project, it was possible to work closely with the development of the brick-laying technique, which involved using a templated disc that was rotated for each brick course. 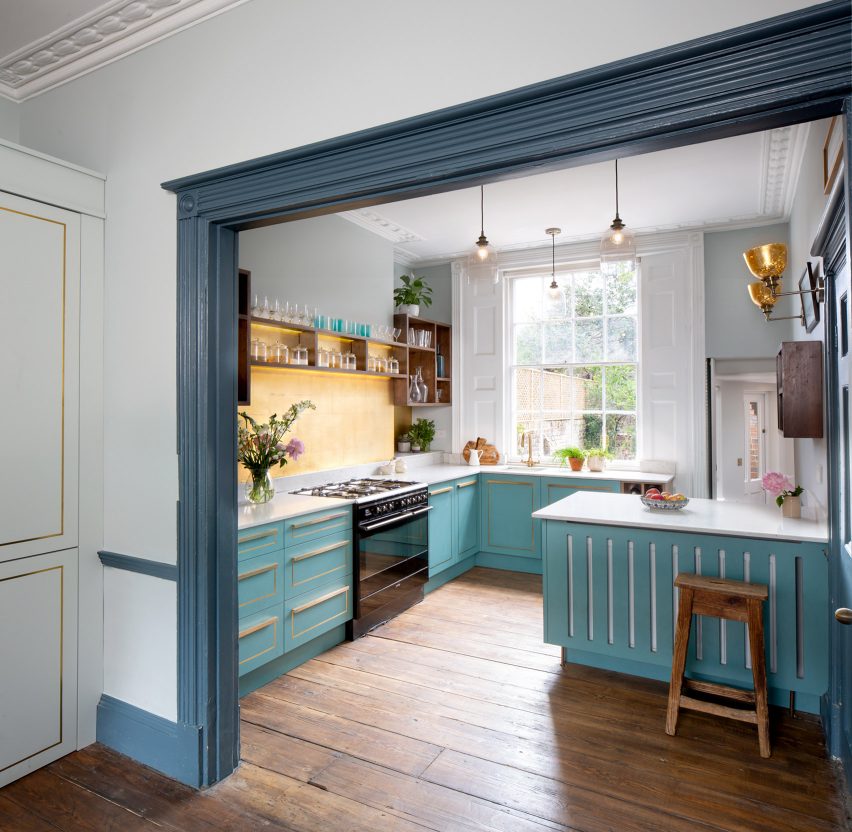 Although the living space within the extension measures just 40 square metres, Urban Mesh also opened up the existing home with a series of new connections.

"The 'twists' of innovation are not restricted to geometric form ' channels commonly used for window sections become decorative inlays and handles for kitchen doors," said the practice. 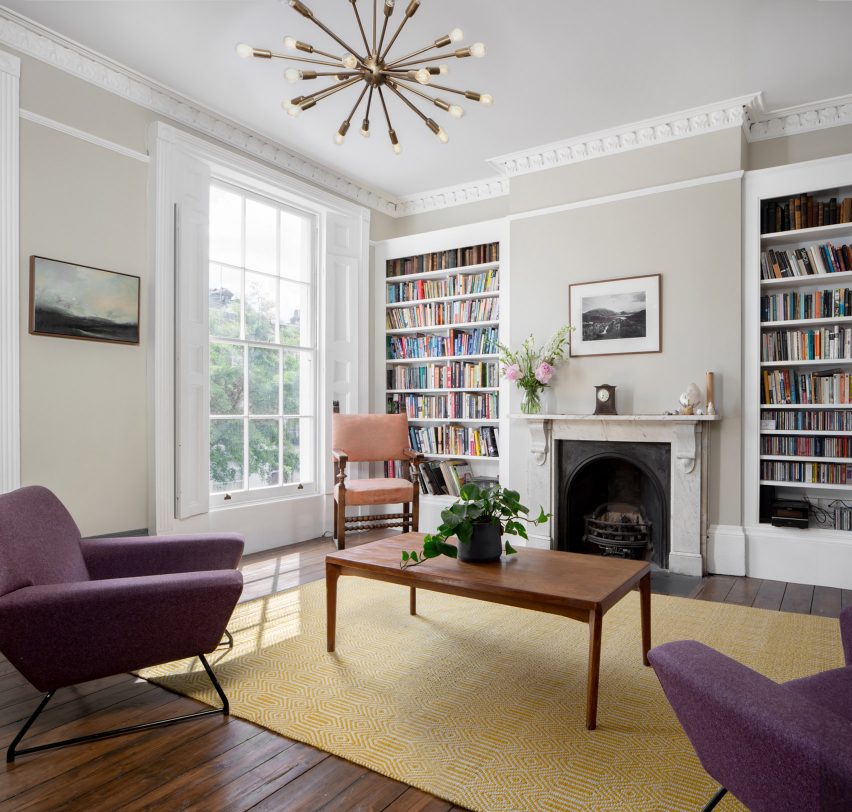 A large opening connects the dining room to the kitchen, creating a long, double-aspect space that overlooks the street at one end and the garden to the other.

Alongside, a hallway leads directly from the entrance to the new garden room, via a staircase leading down to the basement which houses a bedroom and playroom. 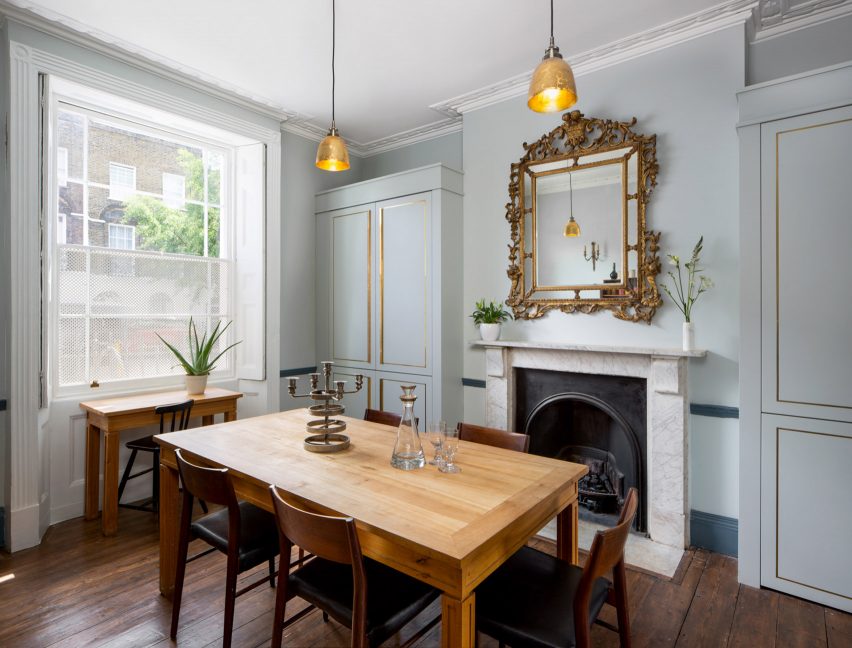 The interiors have been kept with their period fittings, painted with pale colours and dark wood flooring, with the addition of a copper splash-back in the kitchen.

Many extension in London experiment with the sculptural potential of brick. For more examples see'Fraher Architects' zigzagging brick courses, and the'protruding textured brick walls of a London extension by Pamphilon Architects.