Thousands of dead bodies in Birmingham are today a step closer to being removed to make way for HS2, the company has said.

Brummies have noticed a flurry of activity on the project in recent days including a pub being demolished, fences put up and a huge encapsulation structure erected where the new Curzon Street HS2 Station will stand. The 'encapsulation structure' will allow an army of archaeologists to discover history's buried secrets and begin the painstaking task of removing some centuries old corpses from the site of a former grave yard.

The history stuff will be interesting but some of us are basically going to be seeing dead bodies for the next year or two. 'But work is work, and everyone wants to work on HS2 because it is about as long term a job as you can expect these days.' Senior HS2 communications manager Myrddn Edwards told Metro.co.uk: 'The temporary encapsulation structure has been erected in the Birmingham site which is needed for the archaeologists to begin their work.

'Trial trenching has begun and whatever we find in the ground will be fascinating. We will find out about the Britain of the industrial revolution, its people and the diseases they suffered from too. 'The sheer scale of possible discoveries, the geographical span of the project and the vast range of our history to be unearthed makes HS2's historic environment programme a unique opportunity to tell the story of Britain, its past and future.' Mr Edwards said everything is on schedule for HS2 to open in 2026 with the archaeological work taking place until autumn 2020. HS2 has assembled a team of archaeologists, forensic archaeologists, osteologists and exhumation specialists to deal with the thousands of dead bodies that have to be removed. 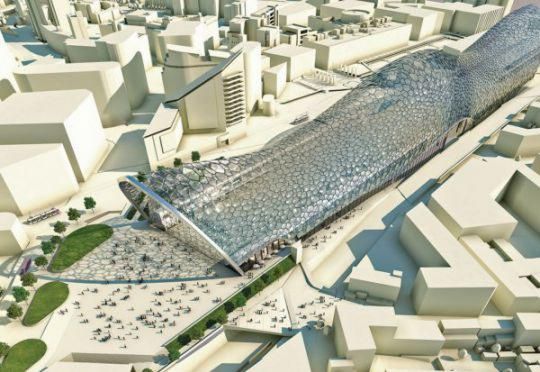 'The programme of work will be led by an experienced archaeologist who will ensure that human remains and burial monuments will be afforded due dignity, care and respect,' Mr Edwards said. The dead bodies will undergo a variety of tests when they are removed from the site, including DNA, which will give archaeologists a rare chance to see the make up of the people who lived in Britain 200 years ago. All the bodies, which were buried in St Martin's Church graveyard, will have to be moved to consecrated ground. Despite HS2 bosses liaising with The Church of England a site has yet to be chosen. HS2 says it is creating 15,000 jobs before 2020 and 30,000 in the construction phase up until its opening in 2026. 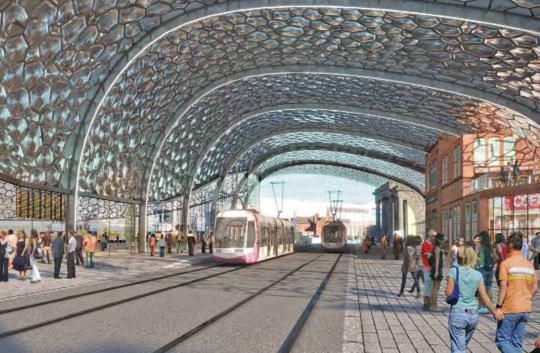 The route also crosses other burial grounds and cemeteries, the largest being St James Gardens in London where an estimated 60,000 bodies lie. The first high speed trains between London Euston and Birmingham will be operational in 2026 and will travel at speeds of up to 250mph making it the fastest in Europe. The first phase between London and Birmingham is projected to cost '22 billion and phase two, between Birmingham and Manchester and Leeds will cost another estimated '32 billion and open in 2033.